THE CLAN OF THE LYNX

Led by Mielikki, the Beastmaster, the Clan of the Lynx have an exceptional connection with nature. Proud Hunters, their excellent archery skills and unique luring technique are more than enough to ensure the ongoing prosperity of their people. The Clan adopted the graceful but threatening lynx’s Brundr & Kaelinn when they were just cubs, who now serve as the eyes of the clans esteemed leader and a force to be reckoned with on the battlefield.

Unlock Mythical Lure for Mielikki. She can place a lure in a non enemy controlled zone, which will periodically attract Mythical animals. They come in higher numbers as time passes.

Unlock the Oskoreia ability for Mielikki. She can recall the last and strongest Mythical animals the clan killed. In their spirit form, they come back for a last rampage on earth.

A fierce huntress in her youth, this proud and capable leader now rules the wildlife of Northgard and sees only through her faithful lynx companions eyes.

While her advanced age may limit her effectiveness on the battlefield, she more than makes up for this with her unrivalled command over the wildlife that inhabits these lands who will fight for her and her people without hesitation. 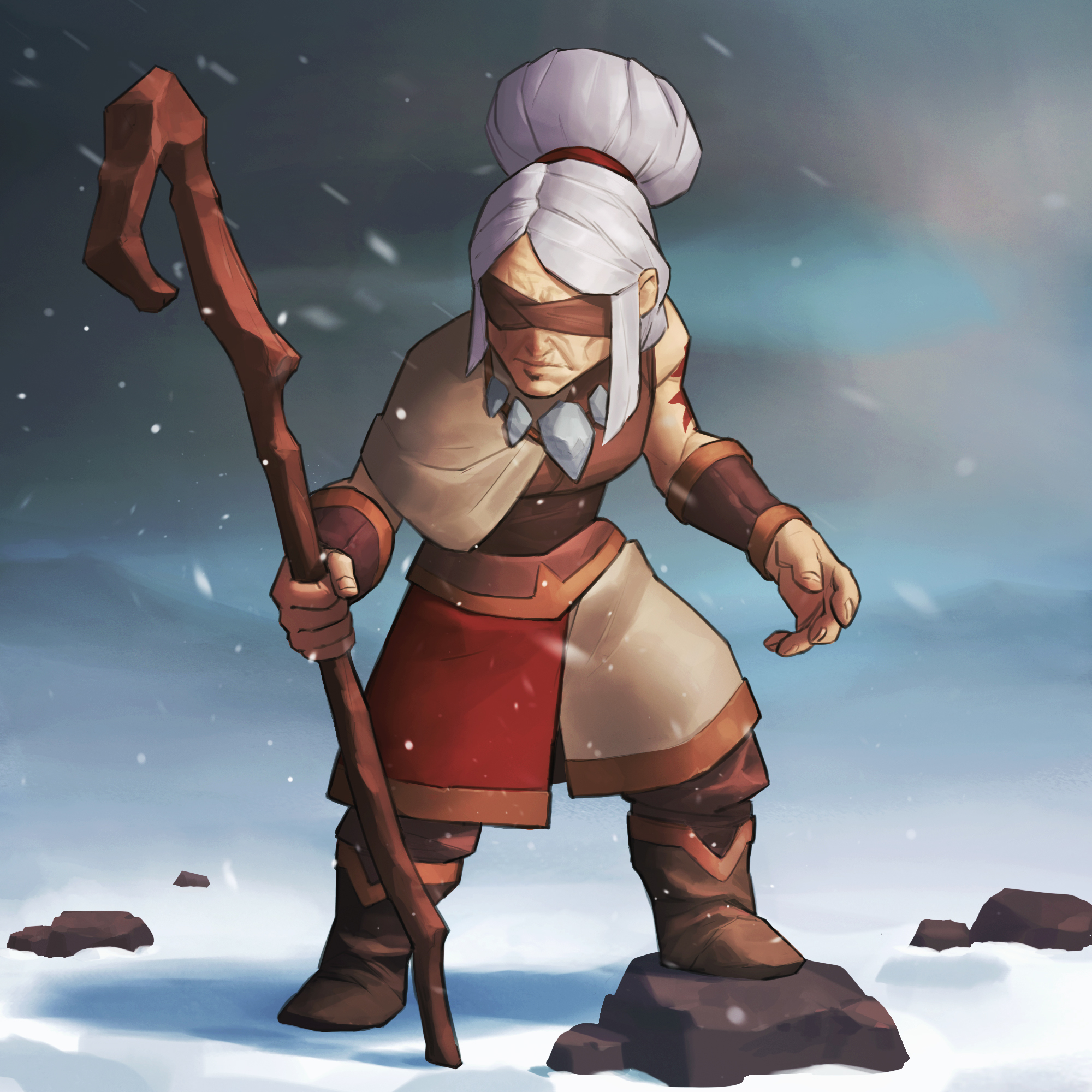 The faithful companions of Mielikke and loyal servants to the Clan of the Lynx. 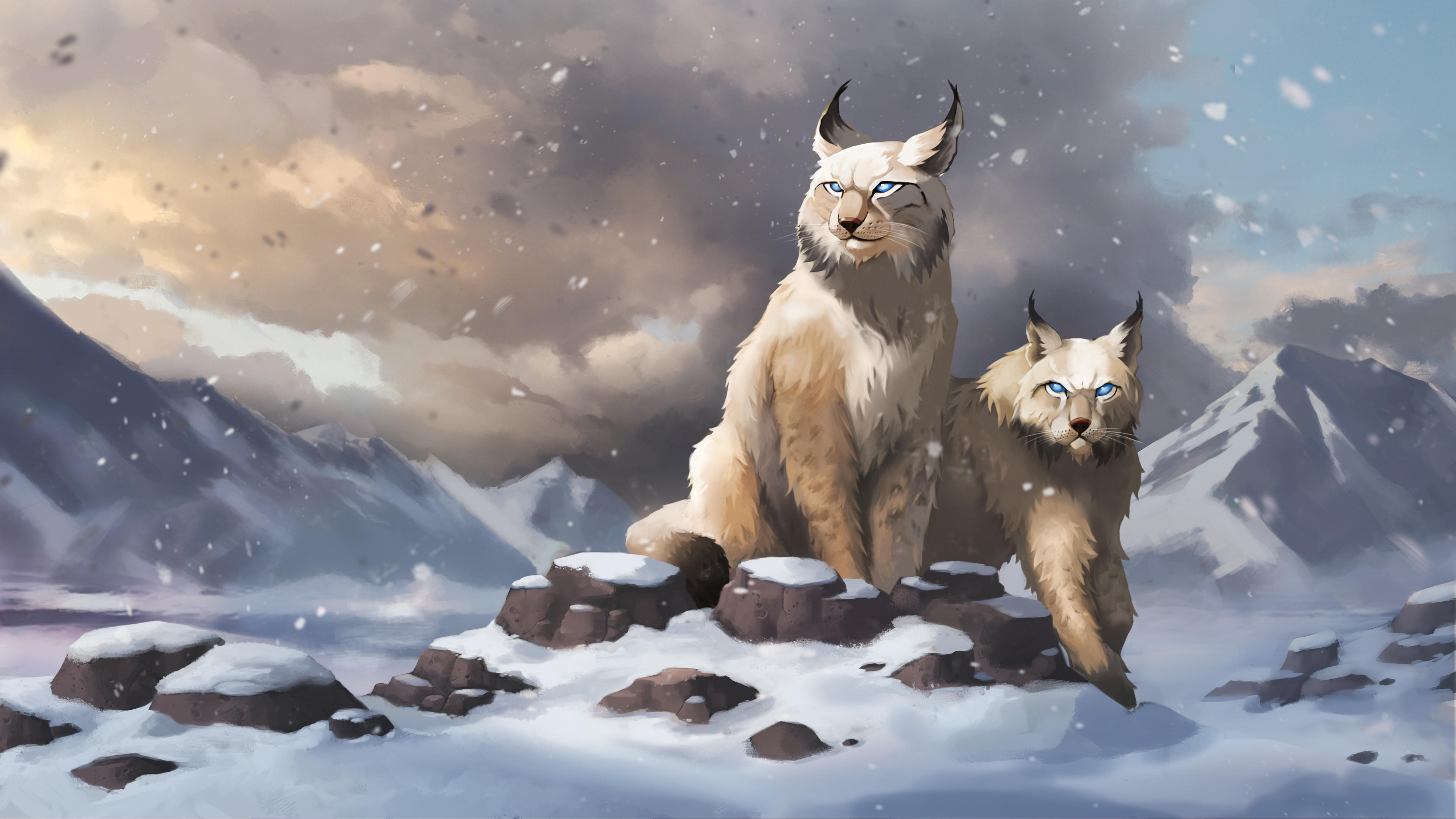 Brundr is the youngest and more playful brother, and while he may look like an innocent cat, you should never underestimate his fearsome swipes and prowess in combat.

The experienced elder of the two Lynx, Kaelinn has seen a lot and seeks to protect his younger brother and the people of the clan from the dangers that the land of Northgard presents.

Place a Trap in a non-enemy zone. Activate on demand to reveal spikes that damage and slow down the enemy as long as he stays within. Last 30 seconds.

. Also give one free Silo upgrade.

Defense Towers are equipped with the Tracker’s arrows you have selected in the Archery Range.

The Cats Out of the Bag

Win with the Clan of the Lynx [not in Story Mode].

Achieve 50 Victories with the Clan of the Lynx [not in Story Mode].

Reveal an enemy Townhall with Brundr or Kaelinn [not in Story Mode].

Trade 500 Hunting Trophies in one game [not in Story Mode].

Release Oskoreia at the highest level of threat.

Build the Relic of the Clan of the Lynx.

Finish a Conquest with the clan of the Lynx.

• Mimirsbrunn is no longer a "consumable": if a player has already recovered his tech, another player can now take the tile back and seek his own tech.

• Each player can choose their own tech, the tech is not related to Mimirsbrunn.

• Mimirsbrunn button in the lore tree has been moved.

• [REWORK] Ranged units no longer try to find a place at max range of their targets (especially Watch Towers) if they are already placed and in range. In general, groups of ranged units should try to place themselves a bit smarter around the field.

• [REWORK] Attack speed and animation-based damage calculations have been cleaned up and rewritten to standardize the results for all cases.

These changes affect:
- Slows: Different slows no longer stack, only the strongest current slow is taken into account and correctly affects the target's DPS.
- Ranged units: Had a different way to calculate their attacks' damages, which resulted in DPS changes with attack speed.

• [REWORK] Ranged units' delay between chained attacks was reduced and correctly taken into account for damage calculations
These changes should allow ranged units to attack faster but only once they started shooting.
It also resolved an issue that highly reduced the DPS of ranged attacks (by ~25%), this should be fixed so expect Axe throwers and Trackers to be as deadly from afar as they are in melee range.

• [NEW] Right-clicking on an allied unit should move the units to the clicked position and not also that allied unit you clicked on.

• [NEW] Wolves will no longer attack the surroundings when their zone is being invaded.

• [NEW] Forging an object (ex: relic) while transferring the zone with the forge to an ally, no longer reset progress nor remove resources involved.

bonus to warriors and axes throwers. This was not intended and it has been corrected.

income by 70% on tiles with a natural food source as intended.

to 0 and getting "Jord's blessing" now gives 10 iron

• Vegvisir can no longer be generated on “Imported Knowledge” battle.

• Affects don't get initialized nor completely removed when reloading a game during ongoing affects.

• Fisherman tool has been corrected. In a very specific case, it was not properly working.

• AI Units no longer attack abandoned towers while they could be captured.

• Fixed instant scout injury / Death. Happening when you had Vedrfolnir revealing many tiles before you sent the scout out.

• Selection of friendly units to heal from the healer hut now works correctly.

• A villager turned into a scout is no longer in “No work” (for 2 seconds) after his transformation.

• During the victory dance, some villagers were in “no work” ; This is no longer the case.

• AI in the conquest battle “Beyond the sea” has been fixed.

• It is no longer possible to produce krowns in battle conquest ‘Greed's price’ with Stag clan and its tech 'the Value of Great Deeds'.

, takes half the time to forge and doesn’t count as a build relic” in battle ‘Race to Yggdrasil’.

from stag’s starting bonus are now correctly given.

• In chapter 3, skipping through the dialogue won’t block Brand and his warriors anymore.

Button "How to add a mod to multiplayer" has been reworked.

NEW Added function Player.unlockTech() to grant techs to the player.

NEW Added function Player.lockTech() to remove techs from the player.

NEW Added function Player.unlockedForFree() to know if a tech was unlocked for free.

NEW Added Player.addPingFlag() to ping the minimap and the world with a flag.

NEW Added field GameState.scriptDesc to add a descriptive text in the Mod window, accessible from the Victory Progress screen.

NEW Added function Player.hasTrophy() to know if a Hunting Board ability was unlocked.

NEW Added function Player.unlockTrophy() to unlock a Hunting Board ability for the lynx.

NEW Added function isHost() to test if the script is executed host side or client side. (Multiplayer only)

NEW Added function Player.getTradingPosts() to get all trading posts owned by the player.

NEW A new property “InstantBuild” has been added for buildings in CDB.